Crockpots & Cheese Dip (reflections on my time at the Ecclesia conference)

“In most places in the world, churches are not arguing about why the youth group used the crockpot to make cheese dip.” 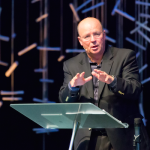 Last week, I (Matt Agresti) had the opportunity to spend 3 days at a conference outside of Orlando, FL. The theme of the conference was on “leadership that forms Christlike communities”, and it was put on by a missional church network called Ecclesia. It was a really great conference, with helpful workshops, challenging conversations, and really thoughtful people to meet.

One of the main speakers, the wonderful biblical scholar Scot McKnight, summed up what it means to be “Christlike” like this:

it is surrendering who you are for the redemption of other people.

Bit of a mic-drop. I mean, think of those parts of ourselves that we would defend at all costs, the ideas we are so passionate about that we sacrifice others for, the things we’ve built that have made a name for ourselves, the flags that we have firmly planted in the ground to show off to the world how ____ we are. Or, we could surrender who we are for the redemption of other people. Like Christ did. Read Philippians 2 again. Challenging stuff. 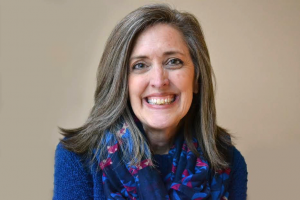 But by far, the highlight of the conference for me was a woman named Carolyn Moore. She is a pastor of a United Methodist church in Athens, GA called Mosaic Church – and wow…Carolyn brought it. Her first ‘lecture’ was really more of a sermon – and it was the most powerful ‘lecture’ I’d ever heard. You could not sit there and not be convicted by the Spirit of God to lean into the Spirit more.

She talked about how for the last decade or so, she had spent the majority of her time in Luke 9. Go ahead and read it (we just did in our READ plan this week!). In the chapter, Jesus feeds 5000+, asks the most important question Peter (or you) would ever be asked, gets all transfigured, casts out a demon that no one else can, tells us what it means to be great, has to stop his first followers from reigning down hellfire on an unsuspecting population (for real guys?), and more.

But it starts with Jesus sending out his twelve closest followers to go, empty handed, and proclaim, heal, and drive out evil. She had us read Luke 9, and record all of the things that ‘sent people’ do. You can get to 200 or so pretty quickly. Give it a try.

She asked, “If we are the ‘sent people’, then what does it mean for us to be this kind of ‘sent people’ today?”

She asked, is Christianity about good religious beliefs and good behaviors where we build a good sub-culture, or is it about the Kingdom of God coming on earth as it is in heaven – about transformation, about new life, about subversion, about proclaiming the victory of the Kingdom in all of the non-Kingdom places that surround us – where the sick are, where the demon possessed are, where the hungry and hurting and abandoned and marginalized are?

“We miss big things because we don’t expect big things,” she said.

I think she’s right. Instead, we worry about the crockpot. The first ‘sent people’ expected big things because Jesus told them to expect big things and they had the audacity to actually trust him and go. Carolyn Moore helped me see that, as ‘sent people’ today, we should get back to just that.