Whose Story are We Reading?

Have you ever been looking through a family photo album and suddenly come to the realization that you were only scanning to see pictures of yourself? Finding one you think, “Hey! I looked pretty good back then.” And then another, “Oh, that’s not a very flattering shot, I’ll just take that out.” Face it; we have all probably done something like that.

Unfortunately I think it is possible to approach the Bible with a similar attitude.

We cling to verses or even passages that tell us what we want to hear and disregard the things we don’t understand or like. One of the reasons we tend not to understand the Bible is because we don’t spend enough time really observing what is being said. We want to get to something practical so we rush past the details and miss the author’s point. One thing I have found in reading the Bible over and over is that it is really good literature! It never gets old! Should anyone be surprised about this?

I mean, after all, wouldn’t we expect the Creator of everything to communicate his message to us with the finest of literary talent?

I really think he has and I hope to share some of my observations of that literary genius with you in this and subsequent blogs.

This week we begin in the Gospel of Mark. In the opening verse the author’s motive for writing is explicitly proclaimed, “The beginning of the gospel of Jesus Christ, the Son of God” (Mark 1:1); “Gospel,” which is literally “good news”. The term has its roots in the prophetic writings of Isaiah (Is.40:9; 52:7; 61:1); suffice to say, Mark is telling us that everything that has been anticipated by the prophet concerning God’s good news has now been fulfilled in the person of Jesus who is called the Christ, that is “the Messiah” (Christos is the Greek word which parallels the Hebrew term “Messiah” which means “anointed one”, or more specifically God’s appointed agent). Before we start looking for ourselves in scripture it is important to recognize what scripture is telling us. In this case,

what is Mark telling us?

In order to figure that out we need to consider where Mark is getting his information from. The scholarly consensus is that Mark’s gospel is probably Peter’s story. There is strong traditional evidence that Mark went to Rome to assist the Apostle Peter in his ministry and that what we have reflected in his gospel is actually Peter’s story. Although we do not know the exact date, it is widely accepted that Mark penned his gospel sometime after Peter’s martyrdom around 65 CE. In any event, it is safe to say that what we are reading in Mark is most likely the recounting of Peter’s memories of his time with Jesus. These memories are like snapshots that have been artfully arranged by Mark to encourage and strengthen first century believers who are facing difficult times.

You will probably notice the wonder and awe that is expressed in Mark as the disciples begin to come to an understanding of Jesus’ true identity. They are often surprised, bewildered and even perplexed by what they are witnessing (for fun take note of how many times you read “they were amazed”). Contrary to his followers Jesus is depicted with an unwavering character, committed to his mission, remaining unscathed by the threats of the world around him.

Are you troubled by the world around you?

Mark is helpful in directing our attention to the security found in Jesus especially in the midst of troubling times.  Perhaps you are unaware of who God really is. It is my prayer that as we read Mark we will come to know the great hope and joy we have in Jesus. At the end of this week I will post another blog that will examine an exciting episode that takes place at the end of Mark 4. It is the recollection of an event when those closest to Jesus asked, “Who then is this!?”

Prepare to be surprised. 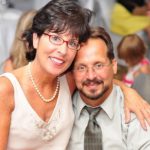